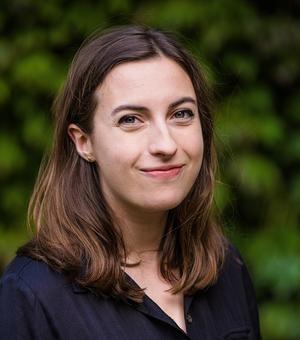 I am a specialist in early medieval English literature, pursuing research strongly inflected by theory of various stripes, but especially ecological and new materialist – that is, theory which questions our concepts of the environment and the nonhuman.

I am currently acutely interested in the ways that humans are drawn into intimacy with their environments in their experience of time. My first monograph, The Life Course in Old English Poetry, explores depictions of human ageing in this body of verse. In previous scholarship, these depictions have mostly been approached with reference to learned Latinate theories of the normative ‘ages of man’, or else considered through the lens of one or two life phases, such as childhood and adolescence or old age. My study foregrounds Old English poetry's deep interest in fluid and variable life courses, shaped by contingency and surprising turns of events: each person's takes a different shape. These life narratives are furthermore shaped by, and even embedded within, the nonhuman life courses of objects, animals and other natural phenomena. I anticipate publication in 2023.

More widely in the field of medieval studies, I have also published in The Library on the subject of the manuscript contexts of the late fifteenth-century ‘Winchester Anthology’, and will be publishing a study of the use of echoed speech in the Old Norse eddic poem Skírnismál in Old Norse Poetry in Performance, ed. Annemari Ferreira and Brian McMahon (Routledge, 2021), as well as a related study, 'Recontextualising the Echoing Retorts of Hárbarðsljóð and Lokasenna', forthcoming in Scandinavian Studies.

As an undergraduate, I studied English at Corpus Christi College, Oxford (2010–2013). I then completed an MSt in English c.650–1550 at Lincoln College, which was funded by the AHRC (2013–14). Specialising in Old English literature, I then moved to Cambridge for a PhD in Anglo-Saxon, Norse and Celtic at King’s College, funded by the AHRC and the Isaac Newton Trust (2014–2017). My doctoral thesis was supervised by Dr Richard Dance, and explored the presentation of narratives of human ageing in Old English poetry. I continued at Cambridge as a Research Fellow at Corpus Christi College (2017–2019), before returning to Lincoln College, Oxford, in 2019.