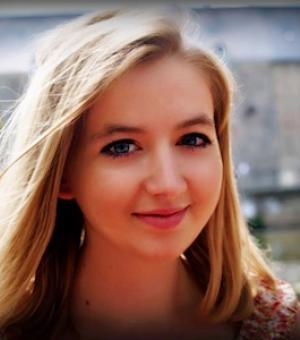 Lecturer and Tutor in English Literature and Women's, Gender, and Sexuality Studies
Faculty of English
eleri.watson@ell.ox.ac.uk

Bio: Dr Eleri Anona Watson holds a DPhil in English Literature from the University of Oxford. Presently, Eleri is a lecturer and tutor in Women’s, Gender, and Sexuality Studies and English Literature at Oxford. They are currently a Fellow of the Rothermere American Institute. Eleri has previously held Visiting Fellowships at the University of Southern California (2016) and The Huntington Library (2020-2). Eleri is a co-founder of the Queer Studies Research Network (Oxford) and Queer Research UK (University of Cambridge).

Eleri has presented their work internationally and as a keynote at institutions including Cambridge University and the University of Southern California. Their work has been cited in popular publications including El País and The Guardian. Eleri has published on topics relating to the history and possibilities of Women’s Studies (Exchanges), the ‘queer sublime’ in Modernist fiction (Katherine Mansfield Studies), ‘bumpy relationality’ in AIDS activism and cinema (Modern & Contemporary France), and on (anti-) relational debates in queer theory (EUP). Eleri has recently completed the production of an online archive for South London’s Gay Community Centre and Squats. During their tenure as the Christopher Isherwood Fellow at the Huntington Library (2020-2), they conducted archival research for two articles and the editing of an unpublished work by Isherwood. They are presently preparing a translation of an article by the French theorist, Hélène Cixous for publication.

My thesis proposes that a queer ‘way of life’ is fundamentally relational, involving new and ever-mutating cross-identarian relationships. From the crossed paths while cruising to the jostling and dancing of the gay bar, and from the bumping of bodies at protests to the very nature of the interpellation ‘queer’, bumping, I argue, is the physical and psychic manifestation of an ever-supplementing queer ‘way of life’. This, I argue, might promise a pleasurable relationality to come that implicates a bumpy identification politics and ethics of respectful, ever-expanding relationalities and identifications with the other.

Chapter 2 proposes that Cixous and Derrida’s bumpy approaches and strategies for overcoming possible violence are ‘something of an event’, informed by structural oppressions and contextual constraints. In turn, Chapter 3 examines Isherwood’s representation of the (im)possibilities of queer bumping in the post-war Los Angelean context of ‘Afterwards’ (1959) and A Single Man (1964). I argue that Isherwood’s violent depictions of the ‘Viper-Mother’ and consuming ‘fag hag’ underpin Isherwood’s political and pedagogic project. By trafficking horrific images of the fag hag between men (including his peers in Gore Vidal and Tennessee Williams), I argue that Isherwood seeks a shared conception of homosexual identity and separatist way of life that precludes bumping into difference.  Like the aimance to come, George’s ‘dream’ in the denouement of A Single Man might offer a hopeful vision of a queer ‘way of life’ and relating to come. However, the utopic bumpy ‘way[s] of life’ offered by Isherwood, Derrida and Cixous is flawed. In light of these criticisms of their bumpy relationalities ‘to come’, I ask, are their bumpy modes of relationality what queers want?

2017-present: Lecturer for Women’s, Gender and Sexuality Studies MSt core course. Example lecture: ‘What is Women’s, Gender and Sexuality Studies?’. This lecture and seminar engage students in (1) A critical history of the discipline’s founding and its changing forms and (2) a discussion of contemporary British and French movements that oppose the study of Women’s, Gender and Sexuality Studies as part of a right-wing political agenda (often paired with Islamophobia and anti-Black racism) (3) a critical exploration (following deconstructive and trans theory) of the possibility of the discipline and its objects of study. Following the radical beginnings of Women’s Studies at Oxford, students are mobilised from the very beginning of their studies to think critically about the nature of their course and the way they are taught.

2020-present: Convenor for Women’s, Gender, and Sexuality Studies MSt Option Paper ‘Kinship and the Nature of Queerness’. This interdisciplinary paper challenges students to answer the questions ‘What is queer?’ and ‘What does kinship have to do with it?’. To do so, students examine ongoing relational/anti-relational debates, alongside post-structuralist philosophies of kinship (particularly Black kinship)/friendship/being with others. Using Anglo- and Francophone literature, film, art and archival material 1800-present, students examine the dialogue between critical thought and queer culture. Students have produced high-quality and innovative projects, consistently reaching the highest mark bands. Selection of projects supervised: ‘Dame’s Delight as a queer space’, ‘Establishing a queer archival method of pleasure’, and ‘An Aromantic Manifesto’.

Faculty of English, University of Oxford:

Introduction to English Language and Literature (Theoretical Approaches to Literature). I begin this paper by asking ‘What is Theory?’, ‘Does it differ from Philosophical thought?’, ‘What is its form?’. With these questions as our basis, I introduce students to the changing nature, form and purpose of ‘theory’ and the debates that inform theoretical schools including Marxism, Poststructuralism, Queer, Crip and Trans theory.

Literature in English 1830-1910. This paper allows students to engage with 19th-century canonical and non-canonical literature in English. With some sessions taking place in Oxford’s own archives and art collections, through weekly essays and presentations, students deploy interdisciplinary approaches to explore themes including the development of the novel, poetic experimentation and realism in theatre, Victorian temporality and materialities (Dickens, Douglass), the legacies of slavery and colonisation (Conrad, Harriet Jacobs), explorations of sexuality and genealogy (Wilde, Whitman, Forster) and gender (the Brontës, Dickinson, Gilman, Schreiner).

Literature in English 1910-present. This paper challenges students to write across a range of authors, focusing on some of the period's major thematic and stylistic preoccupations using interdisciplinary methodologies. Topics have included ‘Blackness in British Modernism and the Harlem Renaissance’, ‘Queer domesticity and the Kitchen Sink’ (Delaney, Reid-Banks), ‘City of Segregation: urban development and the Los Angelean novel’, ‘Modernist re-examinations of the Sublime’ (Woolf, Mansfield), ‘Cold War Literature and Minoritarian Vulnerabilities’ (Isherwood, Hughes) and ‘Auto-Theory and Écriture féminine’ (Preciado, Nelson, Lavery).

Course co-convenor: Writing Feminisms and Feminist Writing. This cross-period, project-based course addresses writing by women about feminism and literary texts by women with a feminist agenda. Seminars focus on a key debate within and for feminist politics (e.g. ‘Creating a Feminist Tradition of Writing’ (Spivak, Kane, Smith, Oswald), ‘The Body and Sexuality’ (Mansfield, Roupenian, Irigaray, Cixous, Jos Charles), and ‘Blackness, gender and kinship’ (Spillers, Truth, Jacobs, Morrison).  Through student presentations and group activities, seminar discussions centre on significant works of feminist argument, whether literary or critical and seek to explore the nature of their experimental agency.

Convenor of papers for Visiting Students from the University of Tennessee, George Washington University and Sarah Lawrence College. Papers include: ‘Feminist, Queer, and Trans Theory…where next?’, ‘Modern Drama and Theory 1890-present’ and ‘The Anglo-American Novel’