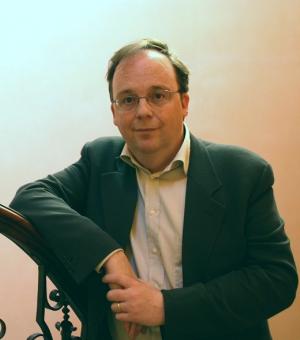 Poetry in English, from the Romantics to the end of the twentieth century

Translations of Homer and other ancient Greek poetry.

My research work centres on poets from roughly the beginning of the nineteenth century until the close of the twentieth century.  I have published several books of literary criticism, including Sound Intentions: The Workings of Rhyme in Nineteenth-Century Poetry (2012), Serious Poetry: Form and Authority from Yeats to Hill (2002), and Mistaken Identities: Poetry and Northern Ireland (1997), all of which have had significant influence internationally on the direction of literary discussion.  I have extensive experience of Irish poetry as an area of research: my first book was a study of Louis MacNeice (Louis MacNeice: The Poet in his Contexts (1991)), and I have written a large number of essays over the past  three decades on such Irish poets as Seamus Heaney, Michael Longley, and Paul Muldoon.  Poets from outside Ireland on whom I have written include Geoffrey Hill (my co-edited volume, Geoffrey Hill: Essays on his Later Work appeared in 2012), and I have published extensively also on W.H. Auden and T.S. Eliot.  I am committed to criticism as a comparative and evaluative medium, and am especially interested in the understanding of poetry through poetic form and close attention to style.  At present, I am completing a volume to be entitled Mirror on Mirror: Poetry's Regard, which will include material on poets from both the nineteenth and twentieth centuries, with particular attention to W.B. Yeats and his artistic legacy.

I have produced the major modern edition of the Collected Poems of Louis MacNeice (2007), and continue to study MacNeice and his place in poetic history.  However, the main  aspect of my ongoing research is the editing of W.B. Yeats's Complete Poems for the Longman Annotated Poets series.  This will provide new texts, along with detailed textual and contextual notes, for every extant piece of verse written by Yeats.  The first volume (taking Yeats to c.1899) should appear in 2021.

As part of my own poetic work, I have developed an interest in verse translation from Greek, and intend to write more on this critically in coming years.  My own practical contribution came with my translation of The Homeric Hymns (2016), a series of verse translations into different English forms, along with detailed notes on the ancient Greek poems themselves.  It is my hope that I may be in a position to undertake another large Greek translation project in the future.

I have published six original volumes of poetry since 1989, most recently Herne the Hunter (2016), and my Collected Poems were published in 2012. I do not undertake teaching or research work in 'creative writing' as such; in my role as the Christopher Tower Student (i.e. Fellow) in Poetry in the English Language at Christ Church, I work to promote the art of writing poetry by way of encouraging and deepening the understanding of poetry across different historical periods.

Poetry in English from the Romantics to the end of the twentieth century; W.B. Yeats; classical reception in English poetry.

Current projects include a major multi-volume edition of the poetry of W.B. Yeats.