The Love of Strangers: Literary Cosmopolitanism in the English Fin de Siècle 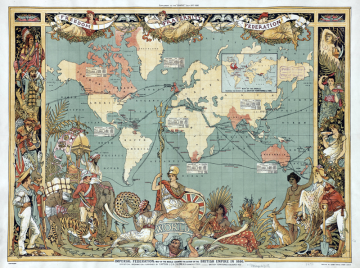 Stefano Evangelista’s project The Love of Strangers: Literary Cosmopolitanism in the English Fin de Siècle is currently featured on the AHRC website.

Cosmopolitanism – an idea derived from the Ancient Greek for ‘world citizen’ – offers a radical alternative to nationalism, asking individuals to imagine themselves as part of a community that goes beyond national and linguistic boundaries. In the late nineteenth century cosmopolitanism explicitly became a literary ideal, giving rise to new ways of writing, reading, translating and circulating texts, which in their turn created new understandings of individual and national identity, new forms of ethics and new types of aesthetic and political engagement.

The Love of Strangers was awarded an AHRC fellowship in 2014-16. Stefano Evangelista is currently writing a monograph on this topic.

Click here to access podcasts of the conference Cosmopolis and Beyond: Literary Cosmopolitanism after the Republic of Letters, which was held in Oxford in 2016 as part of this project.