We’d like to give a very warm welcome to four new academics joining the English Faculty this term. 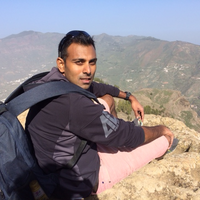 Pablo Mukherjee's research involve four inter-related fields – colonial & postcolonial literatures, environmental humanities, world-literary studies, and Victorian studies. He is the author of five monographs – Crime Fiction and Empire (2003), Postcolonial Environments: Nature, Culture and Contemporary Indian Novel in English (2010), Natural Disasters and Victorian Imperial Culture (2013), (with WReC) Combined and Uneven Development: Towards a New Theory of World-Literature (2015) and Final Frontiers: Science Fiction and Techno-Science in Non-Aligned India (2020: Winner of Science Fiction Research Association’s Book Award 2021). He has also edited three collections of essays and anthologies, and written a wide range of articles in leading academic journals. He co-edits Palgrave Macmillan’s book series New Comparisons in World Literature (https://link.springer.com/series/15067). He is currently developing a project on anti-colonial world literatures, and working with colleagues at the New School of the Anthropocene (NSOTA, London) to develop the role of arts & humanities in popular understanding of climate change. He was elected Fellow of the British Academy in 2022. 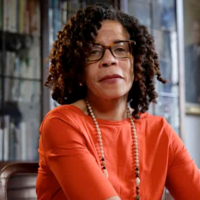 Nicole King is the Peter Thompson Tutorial Fellow in English at Exeter College. She is an American literature specialist, with a particular interest in modern African American and Caribbean writing and culture.  Nicole’s research investigates concepts and representations of racialisation and modern life and, in addition to literatures of the Americas, encompasses Caribbean diaspora and Black British literature. A native New Yorker, Nicole was educated at Princeton and the University of Pennsylvania. She was first appointed as Assistant Professor at the University of Maryland and then Associate Professor at the University of California, San Diego before relocating to the United Kingdom in 2005.  Prior to joining Exeter College and the Faculty of English, Nicole held permanent lectureships at Goldsmiths, University of London and the University of Reading and also worked for several years at the English Subject Centre, an organization that supported the research and practice of teaching and learning in UK further and higher education. Nicole is the author of C.L. R. James and Creolization: Circles of Influence (2001). She is currently completing her second book, Black Childhood in Modern African American Fiction. In this Edinburgh UP monograph and in recent articles, she explores the literary representations of children, young adults, blackness and modernity in novels and short stories from 1945 onwards. Nicole was awarded Principal Fellowship of the Higher Education Academy in 2017 for her extensive work in educational research and leadership. She is a Fellow and a Trustee of the English Association, and also serves on its Higher Education committee. 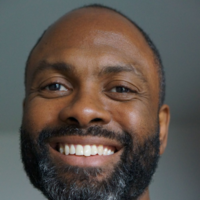 Malachi McIntosh is an Associate Professor of World Literatures in English at the University of Oxford and the Barbara Pym Tutorial Fellow in English at St. Hilda’s College. He is the author of Emigration and Caribbean Literature (Palgrave Macmillan, 2015) and the editor of Beyond Calypso: Re-Reading Samuel Selvon (Ian Randle, 2016). From 2019-2022, Malachi was the Editor and Publishing Director of Wasafiri, the magazine of international contemporary writing. Prior to that, Malachi co-led the Runnymede Trust’s multiple-award-winning Our Migration Story history education project and taught at the universities of Cambridge and Warwick, and Goldsmiths University of London. He is currently working on a book on the Caribbean Artists Movement. 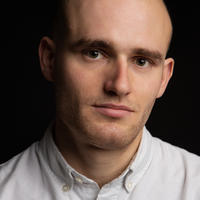 William Ghosh is taking up a role as Associate Professor of World Literatures in English at Christ Church, having previously been Career Development Fellow in Victorian and Modern Literature at Jesus College. He focuses on writing from Britain, the Caribbean, and South Asia from 1800 onwards and is interested in different prose forms – reportage; essays; short stories; sequences; novels; different forms of life writing – as well as in the interactions between them. His recent publications include V.S. Naipaul, Caribbean Writing, and Caribbean Thought (OUP, 2020).