A Handbook for Instruction in Good Citizenship 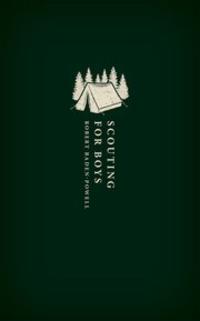 A startling amalgam of Zulu war-cry and imperial and urban myth, of borrowed tips on health and hygiene, and object lessons in woodcraft, Robert Baden-Powell's Scouting for Boys (1908) is the original blueprint and 'self-instructor' of the Boy Scout Movement. One of the all-time bestsellers in the English-speaking world, this primer of 'yarns and pictures' constitutes probably the most influential manual for youth ever published. Yet the book is at the same time a roughly composed hodge-podge of jingoist lore and tracker legend, padded with lengthy quotations from adventure fiction and Baden-Powell's own autobiography, and seamed through with the multiple anxieties of its time: fears of degeneration, concerns about masculinity and self-restraint, invasion paranoia.

Elleke Boehmer's edition of Scouting for Boys reprints the original text and illustrations, and her fine introduction investigates a book that has been cited as an authority by militarists and pacifists, capitalists and environmentalists alike.