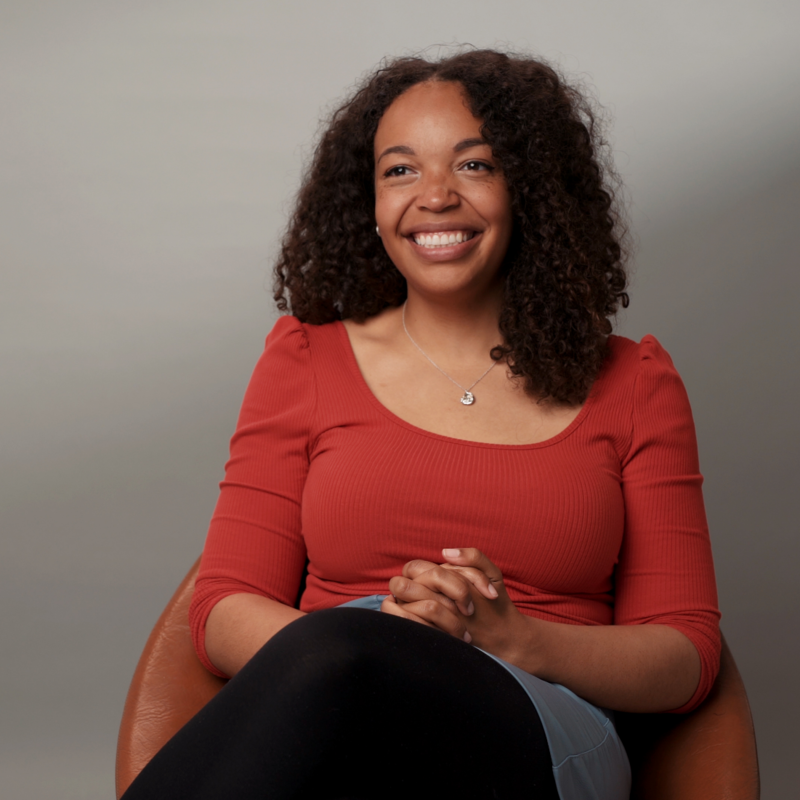 This biography was written by Ebonie Peters, a second-year English student at Lady Margaret Hall, in August 2021, following an interview with Hannah Chukwu. 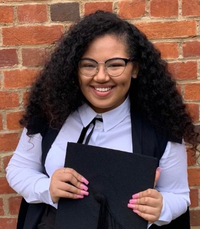 Over the course of her time reading English at Oxford, Hannah served as Worcester College’s JCR President (2016), organising several projects advocating for greater accessibility and equality and co-founding Chucked Up Theatre, a Manchester-based, female-driven theatre company, in September that same year. These qualities of leadership and commitment to equality shine through in Hannah’s professional life today.

In her third year, Hannah applied for an editorial traineeship at Hamish Hamilton (an imprint of Penguin Random House UK) and was lucky enough to be successful. Undertaking an internship at the magazine Bolivian Express in her second year provided valuable editorial experience that she could talk about in her interview, as the publishing industry can be very opaque and it can be difficult to gain experience that is directly relevant. After graduation in 2018, she began work at Hamish Hamilton and its offshoot, the Five Dials literary magazine, and she soon found herself contributing to the publication of the 2019 Booker Prize-winning Girl, Woman, Other by Bernadine Evaristo. Now serving as an Assistant Editor, Hannah has commissioned the ‘Black Britain: Writing Back’ series, curated and introduced by Evaristo. The project’s mission is to reintroduce the public to a number of books penned by Black British authors whose writing has long been under-acknowledged. The collection is currently comprised of six fictional novels, with a further six non-fiction titles due to be added in 2022.

Hannah also acts as the policy and campaigns consultant for the Lit in Colour campaign, run by Penguin in collaboration with the Runnymede Trust, to ‘try to re-calibrate the canon’ and ‘change the way that we’re taught literature in schools to be something that’s actually much more representative of the actual UK population.’

Outside of these projects, Hannah is ‘reading submissions, deciding what books [to] buy as a team,’ and then ‘project managing them all the way through to publication.’ Besides Evaristo, she has worked with other renowned writers like Zadie Smith, Alain de Botton, and (the estate of) Susan Sontag.

Recently, Hannah has become a board member at The Brilliant Club. A university access charity, The Brilliant Club works to increase the number of pupils from underrepresented backgrounds attending highly-selective universities. Hannah is also one of the first young board members at Creative UK, an organisation with the aim to secure better conditions for UK artists. She enjoyed advocating for the student body as JCR president so much that as she started her career, she was looking for ways to continue advocating for causes she felt passionate about. Following the growing Young Trustee movement on social media allowed her to find both roles, and apply. Her experience as a trustee has given her valuable insight into strategy-oriented careers, and also incorporates her passion for access work and youth representation in creative fields.

In February 2021, she was awarded the London Book Fair’s Trailblazer Award for her innovative contributions to the publishing industry. She has also been listed as one of 2021’s Empower Ethnic Minority Future Leaders for her contributions to ethnic minority people in the workplace. In October 2021, she won the Black British Business Award in the Arts and Media Rising Star category.

When reflecting on her time at Oxford, Hannah reasserts the importance of deconstructing the stereotypes surrounding higher education: ‘My impression of Oxford was that everyone would be incredibly privileged … but I was pleasantly surprised that I very much found my people when I came, and absolutely loved my time there.’ She encourages potential applicants from underrepresented backgrounds to remember the value of diversity at university: ‘They’ll be lucky to have you … They need you and your totally different experience and perspective.’

Listen to Hannah talk about her book recommendations, which you can see below.

Transcript of Hannah talking about her book choices.docx

Transcript of Hannah talking about her book choices.docx

Red Dust Road by Jackie Kay (2010). A memoir about heritage, family, nature and nurture, Hannah found this novel personally resonated with her own exploration of her identity as a Nigerian-Scottish woman at university.

Half Of a Yellow Sun

Half Of a Yellow Sun

Half Of a Yellow Sun by Chimamanda Ngozi Adichie (2006). Winner of the Orange Prize for Fiction, this novel explores the nuances of life across Africa, the legacy of colonialism, class, race, and the confusion brought about when love is brought into the mix. Hannah emphasises the value this novel had when learning about her Nigerian heritage.

Americanah by Chimamanda Ngozi Adichie (2013). Following the story of two teenagers in love in the midst of a military dictatorship, who come to struggle with the effects of racism and ostracisation in a rapidly globalising world.