Graduate students interested in Old Norse-Icelandic literature and language will find themselves at the centre of a large and vibrant research community in the subject, with a strong international profile. We currently have three faculty members with permanent posts who specialize in Old Norse:

Heather O’Donoghue, Professor Emeritus of Old Norse, has published widely in Old Norse literature. Her books include: Narrative in the Icelandic Family Saga: Meanings of Time in Old Norse Literature (2020), English Poetry and Old Norse Myth: A History (2014), From Asgard to Valhalla: The Remarkable History of the Old Norse Myths (2008), Old Norse-Icelandic Literature: A Short Introduction (2008), Skaldic Verse and the Poetics of Saga Narrative (2005), and The Genesis of a Saga Narrative (1991). Heather remains actively involved in Oxford’s Old Norse community, but is not accepting new doctoral students

A number of other English Faculty academics are also involved in the tuition of students in Old Norse at BA and MSt level, including Brittany Schorn, George Manning, and Katherine Olley. Other Oxford scholars work in adjacent or overlapping fields; for example, Jane Kershaw works on the Viking Age from an Archaeological perspective.

Taught postgraduates (MSt and MPhil): There is always at least one Old Norse option amongst the ‘C course’ choices for the 650–1550 MSt, up to three Old Norse options in the second year of the Medieval English MPhil, and we are happy to supervise masters dissertations on almost any Old Norse or Old Norse / comparative literary topic. Masters students who are completely new to Old Norse can attend introductory classes throughout the first (Michaelmas) term of their course, in preparation for options the following term.

Research postgraduates: We are happy to supervise DPhil research on almost any Old Norse or Old Norse / comparative literary topic. There is no requirement to consult a prospective supervisor before submitting an application for DPhil study, but you are welcome to do so if you so wish.

We have a termly seminar (ONORS – the Old Norse in Oxford Research Seminar) which welcomes distinguished visiting speakers from all over the world, as well as providing a friendly and supportive forum for graduates to present their work. The seminar is also a social occasion, and is followed by drinks and, usually, dinner. We welcome anyone – from undergraduates just starting out in Old Norse to interested graduates and senior members from other faculties – to the seminars (and sometimes, to parties, if there’s something to celebrate!) and our mailing list has around sixty names on it. We have close contact with Old Norse specialists in other faculties such as history and archaeology so that co-supervision, or just informal advice gathering, is on hand when needed. Oxford Old Norse scholars also have close collaborative links with Old Norse departments elsewhere in the UK, for instance, an annual symposium on Old Norse and Old English organized jointly by Oxford, Cambridge and London. We also regularly collaborate with scholars elsewhere in Europe and North America, both when they visit Oxford and when Oxford scholars and research students attend international workshops and conferences. Most recently, we have developed a student-focussed collaboration with Humboldt University in Berlin as part of the Oxford-Berlin research funding exchange.

As well as the celebrated resources of the Bodleian Libraries in Oxford, we have our own room in the English Faculty Library, the Turville-Petre Room, which has one of the best collections of Old Norse books in the world, and is a particularly good place for students of Old Norse to settle down and work in. Both for its material resources – books and working space, especially – and for the sheer number of people working on Old Norse in one way or another who are always delighted to welcome newcomers, Oxford is an ideal place to begin or continue Old Norse studies at masters level, and to pursue successful doctoral study. 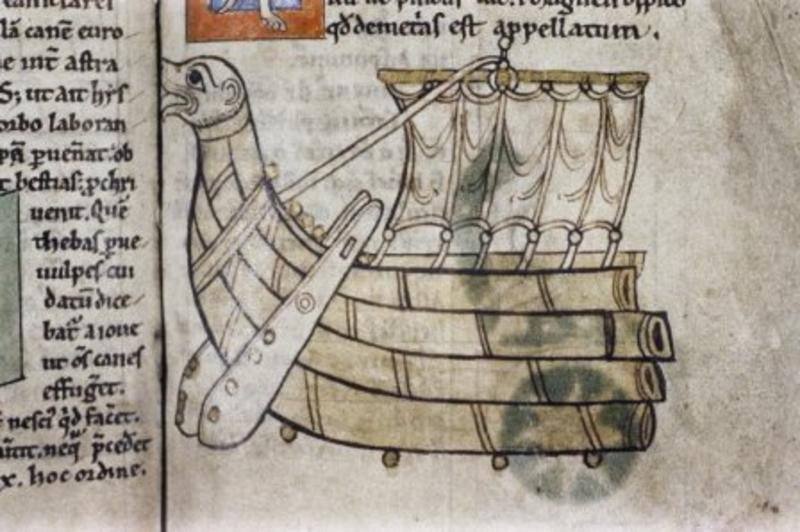