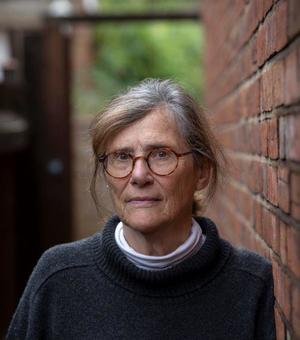 I am a literary biographer and work in life-writing studies, biography, and American and British literature from the 19th to the 21st centuries. I held the Goldsmiths’ Chair, and was a Fellow of New College, from 1998-2008. I was President of Wolfson College from 2008-2017, where I founded and directed the Oxford Centre for Life-Writing at Wolfson College, which is supported by and linked to the English Faculty. I have written biographies of Virginia Woolf, Edith Wharton, Penelope Fitzgerald (winner of the James Tait Black Award for 2014) and Tom Stoppard, and books on Elizabeth Bowen, Willa Cather and Philip Roth. I have published extensively on life-writing, including the collection Body Parts, the OUP VSI On Biography, and (co-edited with Kate Kennedy) the anthology Lives of Houses.  I am currently working on a Life of the novelist Anita Brookner.

I am a Fellow of the Royal Society of Literature, the British Academy and the American Academy of Arts and Sciences, and an Honorary Fellow of New, St Hilda's, and St Cross Colleges, Oxford. I am a trustee of the Wolfson Foundation. I hold Honorary Doctorates from Liverpool and York Universities and King’s College London.