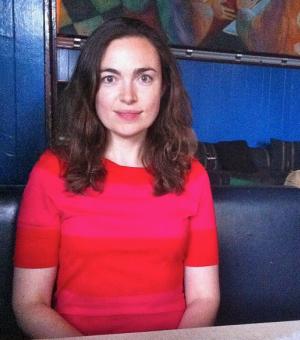 Most of my work is about literary language. I’m interested in how writers write and revise, particularly the process of innovation, in ways of classifying and interpreting style, and in the relationship between local and major form. I also write poems and my debut collection Three Poems is published by Faber in January 2018.

My first book, The Work of Revision, explored the complicated genesis of some of the major works of English-language modernism, including fiction by Henry James, Ernest Hemingway, James Joyce and Virginia Woolf, and poetry by T. S. Eliot and W. H. Auden. I argued that the new technology of the typewriter encouraged writers to make bold, length-altering acts of excision and addition, and that these account for some of the difficulty of modernist style.

In 2013, I was awarded a Philip Leverhulme Prize to write a second book on ‘free verse’ – a strange, straightforwardly oxymoronic, historically unstable phrase that, nevertheless, is almost the only way we have of describing modern poetic form. For nineteenth- and early-twentieth-century poets, such as Whitman or Lawrence, ‘free’ form meant something like ‘organic’ or ‘individual’ form, where the structure is suggested either by the poem’s contents or the author’s rhythmical disposition. For Milton, it meant blank verse. For many contemporary poets it means ‘formlessness.’ Rules for Free Verse begins by looking at the aesthetic, affective and political arguments made for and against free verse by writers from Wordsworth to Ashbery. But the bulk of the book focuses on the interplay between freedom and constraint in modern poetry, looking closely at the verse practice of poets including Whitman, Hopkins, Yeats, Eliot, Williams and Ashbery. Rather than being completely free, I argue that the prosody of modern poetry is, to a large extent, determined by practices of lexical and syntactic repetition: reliance on noun-compounds and left-stressed polysyllabic words; techniques of parallelism and anaphora; and a preference for non-finite over finite verbs.

I would be interested in supervising a wide range of projects in stylistics, but also single-author dissertations on T. S. Eliot, work on the Classical tradition in English (my first degree was in Classics), and attempts (from whatever perspective) to study the writing process.

I received my first degree in Classics from Trinity College, Cambridge, in 2000 and then spent a year as a Kennedy Scholar in the Comparative Literature Department at Harvard. After studying for a M.Res. in Cultural Studies at the London Consortium, I went back to Harvard in 2003 to begin a Ph.D. in English and American Literature. From 2008-2011, I was as an Assistant Professor of English at Stanford University in California, where I taught undergraduate courses on T. S. Eliot, the 1910s, British Modernism, and Book History, and graduate seminars on 20c Authorship, Textual Criticism, and Literary Periodization.

We are proud to announce that Hannah received the prestigious Philip Leverhulme Prize in 2013 for her outstanding contribution to English Literature. In addition, The Work of Revision (Harvard University Press, 2013) was awarded the 2014 Rose Mary Crawshay Prize from the British Academy and the 2015 University English Book Prize. Three Poems (Faber, 2018) is a Poetry Book Society Recommendation for Spring 2018.