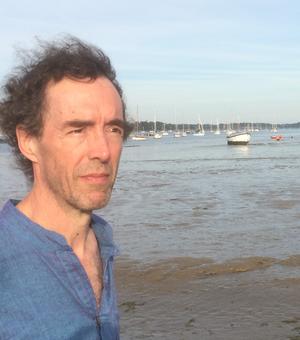 My present research is on the ‘making of England’ in the tenth century: literature and politics and questions of national and cultural identity, the history of Old English and Anglo-Latin literature. This is the subject of The Making of England: A New History of the Anglo-Saxon World (London: I.B. Tauris, 2017), now available in paperback, and the monograph The Battle of Maldon: War and Peace in Tenth-Century England (London: Bloomsbury, 2021), which takes new approaches to the poem and other accounts of the battle, explores themes of religious typology, lordship and the rise of the ‘thegnly’ class, and assesses the people and places that fill the background to this classic work.

A completely revised edition of my Complete Old English is available (Hodder and Stoughton, 2019) with new texts, including extracts from Beowulf and The Battle of Maldon. This book, in the Teach Yourself series, has already appealed to a wide readership: it is aimed at students without other experience of learning a language; it presents Old English passages in the context of their time, teaching vocabulary and grammar as it arises in the texts. The connections with modern English are made explicit; an audio recording of the passages eases the learning process.

There and Back Again: J.R.R.Tolkien and the Origins of The Hobbit (London: I.B. Tauris, 2012/2014) covers the literary and linguistic interests of J.R.R. Tolkien and their influence on his fictional writings; I have also contributed a chapter ‘Tolkien and Old English’ to A Tolkien Companion, ed. Stuart Lee.

Earlier research covered the following topics: Old English homilies; Henry Sweet’s approaches to language description, the influence of his Anglo-Saxon Reader on twentieth-century poets such as Ezra Pound, anthropology and philology in late nineteenth century, the teaching of modern languages in Victorian England; the writings of Hildegard of Bingen.

Old English; Middle English; History; Use and Theory of the English Language.