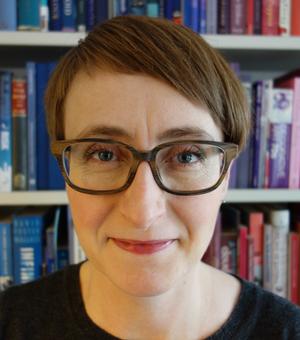 Until the last few years, my research primarily concerned Anglo-American modernist poetry, especially in relation to the visual arts. This was the topic of my first book, Ezra Pound and the Visual Culture of Modernism (Cambridge University Press, 2007), and my second book, which was commissioned for the Routledge Critical Thinkers series: Theorists of Modernist Poetry (Routledge, 2007). More recently, I have published a book about the impact of Russian culture on British modernism: Russomania: Russian Culture and the Creation of British Modernism, 1881-1922 (Oxford University Press, 2020). This study argues that the British cultural construction of Russia not only fed into, but focused and reformed the defining questions of modernism: the relation between writer and audience (individual vs. mass), the relation between the literary work and lived experience (the nature of realism), and the relation between language and action (abstraction vs. the concrete).  Though canonical literary figures (Joseph Conrad, T.S. Eliot, Ford Madox Ford, D.H. Lawrence, Wyndham Lewis, Katherine Mansfield, Dorothy Richardson, George Bernard Shaw, H. G. Wells, Virginia Woolf) are significant in this narrative, they are studied here primarily for the roles they, and their texts, play in broader cultural networks and institutional histories, and much less well known writers, translators and mediators (Huntly Carter, John Cournos, John Gould Fletcher, Olive Garnett, Stephen Graham, William Gerhardie) are at least as important. My initial work in this area was published in Geographies of Modernism, edited by Peter Brooker and Andrew Thacker (Routledge, 2005) and Global Modernisms, edited by Mark Wollaeger (Oxford University Press, 2012), and publications I edited with Philip Ross Bullock (Faculty of Medieval and Modern Languages) developed from the 2009 conference 'Russia in Britain, 1880-1940: Reception, Translation and the Modernist Cultural Agenda': a special issue of Translation and Literature, Translating Russia, 1890-1935 (2011), and Russia in Britain, 1880-1940: From Melodrama to Modernism (Oxford University Press, 2013). For this work I was awarded Research Fellowships by the Leverhulme Trust and the AHRC, and Russomania won the British Association for Slavonic and East European Studies Women's Forum Prize. Current and future projects include a book on modernism across different media in mid-twentieth-century Britain, a study of the relationship between twentieth-century poetry and educational theory in the United States, and a scholarly edition of Wyndham Lewis's Men Without Art.

From 2011 to 2019, I co-convened with Matthew Taunton (University of East Anglia), the Anglo-Russian Research Network to bring together researchers working on the influence of Russian and Soviet culture and politics in Britain in the period 1880-1950. We held termly reading groups at Pushkin House: most of the podcasts of these meetings are available on the ARRN website.

During 2011-12, with my colleagues Emma Smith and Abigail Williams, I acted as a consultant for Great Writers Inspire, a JISC and HEA funded project run by the Learning Technologies Group of Oxford’s IT Services. The project brings together thousands of literature resources—ebooks, lectures, and essays—and makes them freely available for reuse for teaching and learning worldwide. You can hear a short talk I recorded for the project on Ezra Pound here, and watch a debate I chaired between my colleagues on the topic of ‘What is a Great Writer?’ here.

I’ve supervised or co-supervised thirteen doctoral projects to successful completion, including the following since I have been at Oxford:

Christine Fouirnaies, 'Frames of Reference: Photography, Life-Writing, and the Novel' (2019)

I am currently supervising students working in the areas of early twentieth-century periodicals, British travel writing about the Soviet Union, and modernism and sexuality. I would be delighted to hear from potential applicants wanting to work on twentieth-century literature, particularly from the perspective of cultural history.

'From British Avant-Garde to American Renaissance: Ezra Pound and Vorticism': a 30 minute talk given at the Repositioning Vorticism symposium held at Tate Britain to accompany their 2011 exhibition The Vorticists: Manifesto for a Modern World.