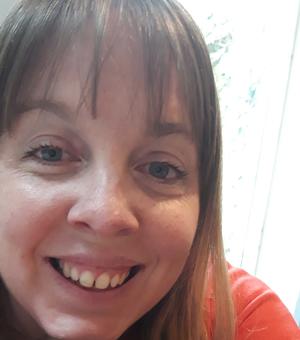 My research interests cover the modernist period, focusing in the main on Irish and American literature, transatlantic exchange, and modern and contemporary poetry. My first monograph, American Literature and Irish Culture, 1910–1955: the politics of enchantment, was published in 2013 (MUP), and reissued as a paperback in 2017. It discusses how modernist American writers (including Fitzgerald, Moore, O’Neill, Steinbeck and Stevens) engaged with Irish culture, and underlines the importance of Ireland as a locus of inspiration for American modernism. I continue to write on Moore in particular, and published an article on Moore and England for a special issue of Modernist Cultures (2016), ed. David Barnes, on 'New Transatlanticisms', while a recent book chapter discusses Moore's preoccupation with dictionary definitions and 'lyrical lexicons', in an edited collection on Poetry and the Dictionary, ed. Andrew Blades and Piers Pennington (Liverpool UP, 2020).

Since hosting a conference in Oxford in 2010 on 'The idea of influence in American literature', I have also been interested more generally in questions of transatlantic exchange. I convened the Faculty's 'Transatlantic Literature in Context' seminar, which ran between 2012 and 2016. This led to an essay collection, entitled Navigating the Transnational in Modern American Literature and Culture (Routledge, 2017; paperback, 2019), co-edited with Doug Haynes and developed from seminar papers given at Oxford (among others). An article entitled '"Beyond the Lines of Poetry": Ethnic Traditions and Imaginative Interventions' was published in February 2017 as part of the Oxford Handbooks Online series. Other pieces include a shorter article on 'T. S. Eliot, 1922 and transatlantic modernism' in The London Magazine (August/ September 2017); and a survey article on 'Transatlantic Poetics' in Symbiosis: A Journal of Anglo-American Relations (2015).

Since working for Prof. John Kelly on the Collected Letters of W. B. Yeats in 2007–9 I have developed concurrently my interests in W. B. Yeats. This has led to several publications, including a chapter on 'Yeats and the Ghost Club' for an edited collection on Irish writers in London, and a book chapter on Yeats and contemporary American poetry and song for Navigating the Transnational. Together with a new chapter on the Irish poet Richard Murphy and his sonnet sequence The Price of Stone in Ben Keatinge's edited collection Making Integral: Critical Essays on Richard Murphy (Cork UP, 2019), my ongoing interests in Yeats have also informed my second monograph, a study on the idea of the 'Irish sonnet' within twentieth-century literature entitled The Modern Irish Sonnet: Revision and Rebellion (Palgrave Macmillan, 2020).

I am also Book Reviews Editor for the new journal of the International Yeats Society: International Yeats Studies (IYS); and for the academic years 2017-2020 I was the Academic Programme Director for the Rothermere American Institute, with responsibility for public events, public engagement projects, and the literature and arts lectures and seminars.

DPhil supervision: I have recently supervised two DPhil topics: the first on Thomas McGreevy, Irish modernism and the avant-garde; and the second on the 'inbetweenness' of William Trevor.

I am running a Public Engagement project on Poetry and Structure, using art and visual culture as well as the natural world to engage people with poetry. For more see https://www.conted.ox.ac.uk/about/poetry-and-structure. To this project we have recently added a 'poetry in the Coronavirus age' strand: see https://poetrystructurecorona.blogspot.com.

My D.Phil, which I completed at the end of 2007, was entitled '"Irish by descent': Marianne Moore, Irish writers and the American-Irish inheritance'", and can be accessed via ORA.

I also have an academic blog, which gives further details of my research activities and writing projects.