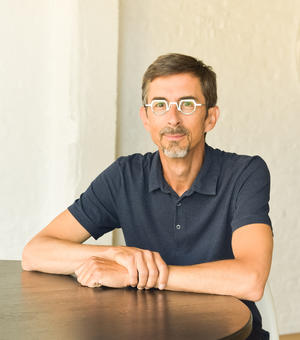 Dirk Van Hulle is Professor of Bibliography and Modern Book History at the University of Oxford, chair of the Oxford Centre for Textual Editing and Theory (OCTET) and director of the Centre for Manuscript Genetics at the University of Antwerp. With Mark Nixon, he is co-director of the Beckett Digital Manuscript Project (www.beckettarchive.org), series editor of the Cambridge UP series ‘Elements in Beckett Studies’ and editor-in-chief of the Journal of Beckett Studies. His publications include Textual Awareness (2004), Modern Manuscripts (2014), Samuel Beckett’s Library (2013, with Mark Nixon), The New Cambridge Companion to Samuel Beckett (2015), James Joyce’s Work in Progress (2016), the Beckett Digital Library and a number of volumes in the ‘Making of’ series (Bloomsbury) and genetic editions in the Beckett Digital Manuscript Project, which won the 2019 Prize for a Bibliography, Archive or Digital Project of the Modern Language Association (MLA).

I work mainly on twentieth-century writers such as Samuel Beckett and James Joyce. My research concentrates on the study of literary writing processes or 'genetic criticism'. As Professor of Bibliography and Modern Book History, my aim is to reunite the compartmentalized fields of Bibliography, Book History, Textual Criticism, Scholarly Editing and Genetic Criticism.

The digital medium is a great catalyst for this rapprochement. For instance, the Beckett Digital Manuscript Project (www.beckettarchive.org) is a scholarly edition that reunites all of Samuel Beckett's manuscripts held in scattered collections on both sides of the Atlantic. Apart from scans, transcriptions, search and collation engines, it also includes the author's personal library, enabling users to discover the connections between Beckett's reading and his writings.

With Mark Nixon, I edit the Oxford Handbook of Samuel Beckett (Oxford UP) and The Critical Writings of Samuel Beckett (Faber and Faber). Apart from my work on scholarly editions and authors' libraries (for Cambridge UP, Bloomsbury, Michigan UP, Routledge), I am writing a monograph on genetic criticism for Oxford University Press and organizing conferences on 'Writers' Libraries', 'Creative Revision' and 'Histories of the Holograph' in March 2022.

In 2019, the Beckett Digital Manuscript Project (www.beckettarchive.org) was awarded the Modern Language Association's (MLA) Prize for a Bibliography, Archive or Digital Project.