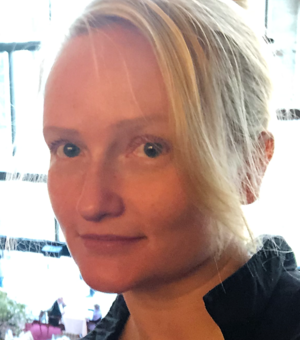 Medieval literature, history and culture, c. 1000-1550
♦  England's French, Latin, and English literatures
♦  Medieval romance and the rise of fiction
♦  Interiority, subjectivity, and individuality, in literature and thought
♦  Ethics and moral philosophy in literature
♦  Chivalry and kingship in culture and literature
♦  Arthurian literature, historiography and pseudo-history
♦  The Church and society
♦  High medieval theology, affective piety, and confessional cultures
♦  The twelfth-century renaissance
♦  National identities and ideologies in the Middle Ages

My work has so far centred on on the literature, history and culture of England during the high and later middle ages. Early research focused on the multilingual environment of post-Conquest England, leading to my first book, Fiction and History in England, 1066-1200 (2007), on the ideologies of national identity, the genres of romance and chronicle, and the first colonial discourses of the English in medieval Ireland. In 2015 I published Early Fiction in England: From Geoffrey of Monmouth to Chaucer, a Penguin Classics volume of high medieval texts in new translations and editions, intended both for students and the general reader. As an interdisciplinary historian I've contributed a volume to the Penguin Monarchs series, Richard II (2016), and in 2020 published Conquests in Eleventh-Century England: 1016, 1066, co-edited with Emily Ward of Cambridge. Other co-edited volumes include The Exploitations of Medieval Romance (2010), with Judith Weiss and Ivana Djordjevic; War and Literature (2014), with Ian Patterson; and Medieval and Early Modern Religious Cultures (2019), a festschrift for Vincent Gillespie, with Ralph Hanna.

My most significant work to date (supported by a Philip Leverhulme Prize in 2009, a Leverhulme Research Fellowship in 2015, and the Morton Bloomfield Visiting Fellowship at the English Department of Harvard University in 2016), offered a new interpretation of the great changes of the high middle ages as a whole, in both religious and secular cultures: The Oxford English Literary History vol. 1. 1000-1350: Conquest and Transformation (Oxford University Press, 2017), now new in paperback (2021).

Looking forward, I am now working on a wider period purview, seeking to centre the European middle ages in a much broader literary history from the Greeks to the global present. 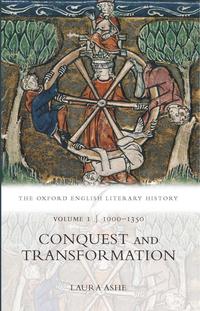 I am one of the editors of New Medieval Literatures: NML 21 was published in March 2021, NML 22 is now in production, and we're accepting submissions for NML 23.

Select articles and book chapters (see also the Symplectic-linked list of publications to the right):

Graduate teaching and research supervision: I offer options on the high middle ages and beyond for the MSt courses in Medieval Literature and Medieval Studies, and regularly supervise MSt dissertations in a great variety of fields.

I welcome prospective doctoral students wishing to work on any aspect of the Conquest and the post-Conquest period, broadly considered, and particularly on the multiple literatures of England; on the literatures of kingship, chivalry and aristocratic culture; on the rise of interiority and individuality in literature and culture; on the relation of Church and society; on Arthurian literature throughout the Middle Ages; on national and community identities, medieval imperialism and post-colonialism; on medieval romance, and questions of genre; on chroniclers and historiographies.

I am currently supervising three doctoral research students: on trickster figures in romance, on cognitive approaches to the history of emotions in medieval romance and related texts, and on the early modern reception and adaptation of the Arthurian legend.

My most recent TV broadcast is an archival documentary filmed during lockdown for BBC4, looking at the history of the plague in light of our experience with coronavirus: Plague Fiction (BBC4, September 2020). 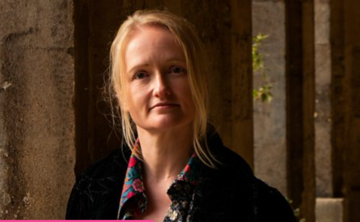 Just before the first Covid-19 lockdown I was interviewed by Simon Armitage in The Poet Laureate Has Gone to His Shed, available as a podcast and broadcast May 2020.

Also available are an Oxford University podcast about my research, and a public lecture on the birth of the romance delivered to accompany the Romance of the Middle Ages exhibition at the Bodleian Library in 2012.

In September 2016 I was a Lansdowne Visiting Speaker at the University of Victoria, Vancouver Island, BC, delivering a keynote lecture at the 'Making Early Middle English' conference.

In November 2013 I delivered the Dorothy Ford Wiley Crossroads Lecture in Medieval Studies at the University of North Carolina, Chapel Hill.