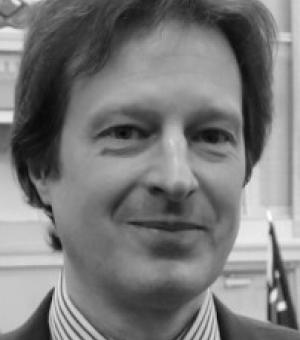 My research is concerned principally with British and Continental literature, philosophy, and visual arts of the 'long eighteenth century' (roughly, mid-17th to mid-19th century), particularly in their responses to the challenges and discontents of modernity and in their relation to the historical past.

Romantic symbol. My book The Genealogy of the Romantic Symbol (2007) analysed an historically signficant attempt to overcome, through means bequeathed by the Enlightenment itself, a profound dissatisfaction with the dualisms of Enlightenment epistemology, semiotics, aesthetics, and natural science. A primary purpose of the book was to explain what intellectual purposes the Romantic theorization of the symbol--which was very influential in post-Romantic criticism and has caused much contention in critical theory since the 1960s--served in the nineteenth century itself. The book's own genealogy is recounted in the article 'Telling Stories about Romantic Theory' (2012), and its central argument is summarized in my discussion with Robert Harrison in his radio programme Entitled Opinions (see the "Other Information" tab for a link). Various of the contributors to the collection Symbol and Intuition (2013), to which I wrote an afterword, engage with aspects of the Genealogy's argument, and the book has been praised by philosophers (e.g., Miguel de Beistegui) and historians (e.g., Warren Breckman) as well as by literary critics (e.g., Terry Eagleton).

Historicization and aesthetics. More recently I have been writing about historical self-consciousness and the aestheticization of the past in poetry, painting, and architecture of the long eighteenth century (e.g., in representations of imaginary ruins), as well as on the relation of the Romantics’ self-consciously new literary forms to traditional genres and genre theory (e.g., Byron's ironization of epic in Don Juan). I was awarded a Leverhulme Trust Major Research Fellowship for 2015–17 to work on a comparative study of the relationship of historical understanding to aesthetic theory and artistic form, History's Forms: Aesthetics and the Past in the Age of Historicization, 1650–1850. An anticipation of some of the book's arguments was published in Modern Language Quarterly in September 2013. Outgrowths of this project include chapters and lectures on the discontents of historicization more generally and on historical periodization.

Further projects include a book on Coleridge (contracted with Princeton University Press), a book on Byron, and commissioned chapters on allegory, Coleridge's philosophical thought, and 'transcendental revolutions' in Romanticism.

I have also done a good deal of scholarly editing, especially of Coleridge, and have served on the Modern Language Association's Committee on Scholarly Editions (in 2007–9 as co-chair). From 2010 to 2018 I was an advisory editor of Oxford University Press’s Oxford Scholarly Editions Online project, with particular responsibility for Romantic-period editions. My Norton Critical Edition of Wordsworth (2013), described in the TLS as 'likely to set the agenda for classroom study of Wordsworth for years to come' and 'an essential text for scholars', contains a generous selection of the poetry and critical prose, including a newly edited and annotated text of the 1805 Prelude and—for the first time—en face texts of The Ruined Cottage and book 1 of The Excursion.

I am an Associated Academic Staff member of the History of Art Department, am involved in the Oxford Comparative Criticism and Translation Group, and am a member of the editorial board of the series Close Reading: Schriften zur britischen Literatur- und Kulturwissenschaft, published by Vandenhoeck & Ruprecht. I have twice served on the Advisory Board of the North American Society for the Study of Romanticism (NASSR), most recently as chair (in 2015 and 2016), and in the English Faculty have been a co-convenor of the Romanticism Research Seminar. I have also served formerly on the editorial boards of Romanticism on the Net (as reviews editor, 2004–8) and Modern Language Quarterly.

This seminar series explored the emergence of different types of universal histories with their speculative particularities—linguistic, aesthetic political, religious—over the course of the Enlightenment period. The speakers, representing a range of nationalities, disciplinary formations, and research areas, include both early-career scholars and established academics with international reputations. The seminar was generously supported by the John Fell Fund, the English Faculty, the Oxford Centre for European History, The Queen's College, and University College. A selection of articles deriving from the seminar, along with additional articles, is to be published as a special issue of Intellectual History Review.

History's Forms: Aesthetics and the Past in the Age of Historicization, 1650–1850 (in progress, contracted with OUP)

‘Romanticism, the Temporalization of History, and the Historicization of Form’, Modern Language Quarterly, 74 (2013), 363–89

I am happy to consider requests to supervise MSt dissertations and DPhil theses on subjects broadly related to the areas of my research.

Audio slideshow on William Blake's Illustrations of the Book of Job, BBC News, published 19 May 2011