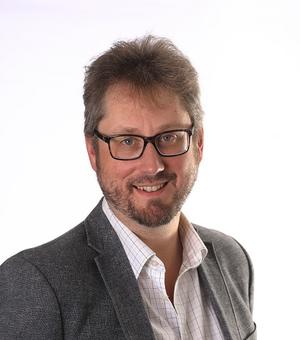 My research interests move between four overlapping areas: how to think about the public value of literature and the arts; the history of the novel; life-writing; the history and theory of aesthetic education. I supervise graduate students who have topics connected to these areas, including work on global literatures in English, nineteenth century to the present day.

My first two books focused on modern fiction, and considered questions about literary value in contrasting ways. The first, J.M. Coetzee and the Novel (2010), explored how literature can acquire public moral and political significance, by considering the work of a writer who has done more than most to face up to the major crises of our times, from racial injustice to animal welfare. The second, Philip Roth: Fiction and Power (2014), took a different direction, asking how, and to what ends, literature can help us escape the unilluminating and entrapping forms of moral language which command such power in the modern world. I’ve come to see these books as two sides of an ongoing argument with myself about how to understand literary value—in a way that distantly resembles what George Steiner did (albeit in his case with much greater wit and brevity) in his Tolstoy or Dostoevsky.

My recent work has again moved in two different directions, around the same broad questions. I’ve been investigating the long history of ‘why literature matters’ by thinking about how philosophers from Plato to Wittgenstein have reflected on the wider significance of literature and the arts. In the summer of 2016, I organised an interdisciplinary symposium at St John’s College on the relationship between literature and philosophy; this led to Beyond the Ancient Quarrel (2018)—a collection of essays by a range of contemporary philosophers and literary critics, which borrows its title from the claim Socrates makes in the Republic that ‘there is an ancient quarrel between poetry and philosophy’. My other recent project, The Oxford History of Life-Writing: Postwar to Contemporary (2022), brings philosophical theories of selfhood into dialogue with the most personal kinds of writing—everything from autobiographies, diaries, and journals, to blogs and social media websites. Here I explore what is at stake in the way life-writing has become such an important part of the cultural landscape. I consider the legacy of psychoanalysis, our changing ideas about what counts as an authentic self, debates about the nature of sexual identity, feminist exemplary writing, conceptions of identity as multicultural or intercultural, the cultivation of intimacy in memoir writing, multilingualism and self-expression, testimony narratives and the politicisation of memory, the rise of literary celebrity, and the impact of social media. Here is a link to an interview about the book.

My current work is about the history and ongoing significance of aesthetic education—or what Henry James called ‘the appreciation of life itself’. What interests me here is the way in which a nineteenth century debate about what it means to become most richly aware of life as such—which was often posed in opposition to various kinds of moral and religious dogmatism—becomes reimagined in the twentieth century and in contemporary life more generally.

I teach undergraduate papers in Romantic, Victorian, and Modern literature, and on literary theory. My graduate teaching includes specialist courses taken by students typically on the M.St 1900-Present Day, World Literatures in English, and American literature.