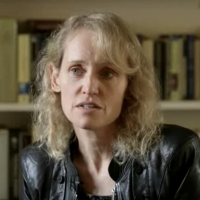 No idea! Probably the one that did most to enable literacy: Milly, Molly, Mandy or The Wonderful Tar-Baby Story, or The Oxford Book of Poetry for Children or, I fear, Little Black Sambo. And then there were the Twelve Little Books that displaced Janet and John in NZ primary schools from 1963 (Where is Timothy?, etc.). Given the great expanses of childhood and adolescence spent in school assembly and choir pews, I should add Hymns, Ancient and Modern. Later, Great Expectations, which I read aged 11 while confined to bed with a broken leg – set without anaesthetic by my uncle, on the family sofa; it wasn’t until I turned up at Cambridge and recounted this story that I discovered there was anything surprising about this. Later, Shakespeare’s Sonnets, ed. Kerrigan and On Liberty, for unlike reasons.

There is not a lot of it. I have an 11-year-old daughter, so: talking, reading, arguing, attempting to acquire Mandarin at second hand, listening to hyper-obedient Chinese children demonstrating recorder pieces on Youtube. For relaxation, and to counter the sedentary nature of the job, I run with the lurcher - through the University Parks and into the fields beyond, or, preferably, out in the N Oxfordshire countryside (amazing how unused the country paths are once you get beyond the fields adjacent to the villages). And I spend too many hours in the vet given the injury-prone tendency of the lurcher in pursuit of muntjac, rabbits, squirrels. Going to the theatre is becoming possible again—scuppered by parenting, complexities of life in St Anne’s Principal’s Lodgings, and late-night marking for much of the last 15 years.

That would be a ‘Paris day’ (my bolt hole for writing, thanks to a generous friend with an apartment near the Place Maubert): no alarm clock; fresh baguette from the market and home brewed coffee for breakfast; write in the attic room overlooking a 17C courtyard; lunch from the market and a stroll around the neighbourhood; write again till late afternoon; go for a long run; head out and see friends and a film/theatre/opera. Note the absence of dependents or partner in this scenario. I’m assuming they are just around the corner, tolerantly on hold for the duration of the fantasy.

I am happy where I am. If you mean ‘anywhere else’: a few years ago I would have said New York, but the politics of America right now makes it less attractive. Paris; possibly Sydney (I have just spent 4 days in the beautiful Newtown area, not previously known to me). For vacations, Trujillo; and, at least one week every year, Colonsay. All a bit tame. I’d love to see the Amazon.

Parents, teachers, closest friends, as you’d expect. A comical, gentle father with a strong Scottish accent—considerably older than most fathers in my school. He’d survived 4 years in a Japanese internment camp, which took a physical toll in later life. A highly literate, musical mother—quite seriously ill from the time I was 12, so those were hard years. The teachers come up later, I see, so I’ll pick out the crucial early friend, Helen O’Leary: brilliant, quirky, imaginative, with the glamour of having come from England (and the various diplomatic postings of her father) and possessing older twin brothers and a mother who had gone back to university to study law. The ‘two Helens’ developed an elaborate code language—more exercised in development than when completed—, and had the run of ‘Ranelagh’, the Deputy High Commissioner’s large eccentric residence in Wellington, with endless spare rooms and a laundry shoot and a tennis court and an old lemon tree that left perfect skeleton leaves on the ground.

When did you learn there was no Santa Claus?

‘Father Christmas’, please. From wretched Fiona Somebodyorother [I have repressed her surname] who announced this unwanted fact while we were getting into our ‘togs’, bracing for immersion in the unheated school swimming pool. She was eloquent on the stupidity of believing in a fat man coming down non-existent chimneys (an earthquake hazard, so most of them were pulled down) in the New Zealand summer. As I recall she had rationalist parents who didn’t believe in ‘lying to your children’. She was sick at my 5th birthday party, and I have a vivid memory of my mother helicoptering her off her chair and down the hall to the bathroom. Not sure which event came first.

As a child, what did want to be when you grew up?

An English literature professor at Oxford. No, really… you may ask my brother. It’s a standing family joke. There were other, more passing aspirations: journalist, diplomat, brain surgeon (till my brother, an eye surgeon, told me ‘they do it with spoons’).

Violette Szabo. Thanks to a stirring school assembly address from the Headmistress. She (the Headmistress, not Szabo) had a special line in women who underwent torture by the Germans/the Spanish inquisition/the Chilean army and gave nothing away

Which teacher had the greatest impact on you?

Two brilliant English teachers, Gillian Boddy and Milada Pivak (who also taught Alexandra Harris, now at Toronto); an outstanding Maths and Physics teacher, Mrs Mason, with a trenchant sense of humour; and Miss Findlay, a memorably kind form teacher who was also the school storyteller (‘The Ghost of Queen Margaret’ – riveting), She was said to have lost two fiancés in ‘the war’ and to ‘knit her own bras’. An early education in scepticism.

With the comedians and the teachers. It wasn’t a school that had much time for ‘popularity’. (See ‘address from the Headmistress’ above.)

Do you have any pets?

See above. The current lurcher strives to live up to the immortal memory of the previous one, Mungo, who sat in on more tutorials than he cared for in Pembroke (before the Domestic Bursar banned dogs). Three Middlemarch tutorials on the trot one Wednesday morning took him to his limit. Increasingly hammy sighs from the dog basket punctuated conversation about moralism realism. I ill-advisedly left him for 10 minutes while I grabbed a sandwich prior to taking him round Christ Church meadows. In my absence he shredded Middlemarch Book III ‘Waiting for Death’. He counted the late lamented Marilyn Butler among his Faculty admirers (her own lurcher once took the bottom row of sandwiches off the St Hugh’s afternoon tea trolley to the high indignation of the fellows). A cherished memory of Marilyn and David involves being hailed on the Taston footpath, halfway through a 10K run, and told that it was imperative I stop for a whiskey and ginger ale.

Musician mother, so much of the classical repertoire; I came to jazz later, getting the core of my education courtesy of Mary Poovey in New York, during the early 2000s, hearing Brad Meldau and Chucho Valdés and others at the Village Vanguard and the Blue Note. There were always last-minute doubts about whether Valdés and the band would be allowed in from Cuba.

This is getting like a long car journey. Assuming magical possession of the necessary languages and seamless absorption into the culture of a kind that makes conversation meaningful? … ‘Odysseus, Gwenovere, Othello, Dr Faustus, Tom Jones’. Tim Gardam provided that grossly unbalanced list. He has warped the question. And I took out ‘King Arthur’.

Most: My colleagues; my students (when I’m not College Dean); the Bodleian; the quality of the talk. Least: The occasional note of complete Oxbridge introversion; there’s less of it than there once was.

Vet? (it would save money); writer, medic, civil servant, politician if it weren’t for the media. More likely, philosopher.