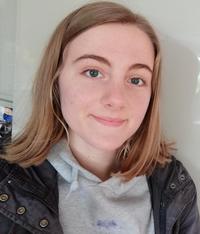 My first year experience studying English is strangely encapsulated by one of my favourite texts that I encountered this year: Exeter Riddle 23 (‘Bow’). Beginning with the declaration ‘[w]ob is my name’, this riddle, in revealing the identity of its riddling object in the very first word, albeit backwards, explores not what the riddling object is but rather how this object, a bow, came to be. Similarly, whilst at the beginning of Michaelmas I knew that I was an English student at Oxford University, I was yet to find out just how to be one.

This process began with battling bouts of imposter syndrome. I left my first tutorial filled with self-doubt, questioning whether I really deserved my place amongst such talented people. But, I gradually got into the swing of things and, to my surprise, found that I enjoyed thinking aloud during discussions just as much as, if not more than, writing down my thoughts in an essay. My way of thinking has also changed as I came to realise that in analysing texts, I was just as much analysing myself and my stance on the beliefs I encountered. The thing I love most about studying English is being continually encouraged to form my own opinions and original ideas, no matter how unusual, as this gives me fresh ways of looking at the world and positioning myself within it.

Arriving back in Oxford at the beginning of Hillary just felt right. I had missed all the people and the city itself so much more than I ever thought I would. Yet, as I became more familiar with the degree side of things, a small voice at the back of my mind began to question whether I was doing enough outside of academics. This is something I am still getting used to: being at Oxford means being surrounded by brilliant people doing so many brilliant things. I would love to be a part of more societies and events separate from my degree next year.

Trinity presented new challenges. As a massive over-thinker, I was really unsettled by the uncertainty of how the term would play out. However, I was in a very fortunate position, able to isolate with family, and this situation brought with it new opportunities that otherwise would not have been presented. I was given the chance to write a mini dissertation and I chose to write about murderesses in Victorian sensation fiction, a genre that I had never explored before and one that I have completely fallen in love with. In completing this project, I realised just how many resources had been made available online. Even still, I have missed the Radcliffe Camera so much! Studying in a round space is magical and, as strange as it sounds, I feel much less trapped with my thoughts when working there. I hope I will be able to reclaim my favourite seat next year.