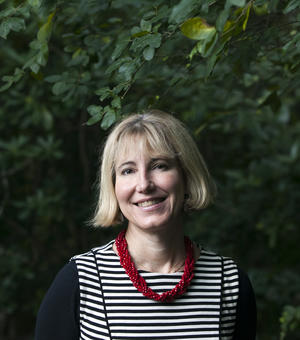 Elleke Boehmer, BA (Hons), MPhil (Oxon), DPhil (Oxon), FRSL FRHistS FEA, is Professor of World Literature in English in the English Faculty, University of Oxford. She is the Director of the Oxford Centre for Life-Writing (OCLW) and Professorial Governing Body Fellow at Wolfson College.

Elleke Boehmer is a founding figure in the field of colonial and postcolonial literary studies, and internationally known for her research in the anglophone literatures of empire and anti-empire. Her writing straddles a range of forms and genres, including cultural history, fiction, criticism, and life-writing. She is a Fellow of the Royal Literary Society and a Fellow of the Royal Historical Society. She holds an Honorary Doctorate from Linnaeus University, Sweden.

In 2020-21, Elleke Boehmer is a British Academy Senior Research Fellow working on Southern Imagining, a major literary and cultural history about perceptions of the southern hemisphere. The study interweaves Samuel Taylor Coleridge and Herman Melville alongside J.M. Coetzee, Benito Lynch, Zakes Mda, and Alexis Wright, among many other southern writers.

Elleke is the Humanities lead on the GCRF UKRI funded Accelerating Achievement for Africa’s Adolescents Hub (Accelerate Hub), 2019-23, and is involved in exploring the role of narrative and intervention in a range of African contexts. See The Conversation article Better access to stories can improve adolescent lives in Africa. The photograph (left) shows the 'Narrative and Adolescence' March 2020 workshop group. 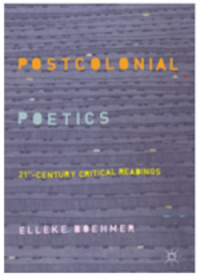 Professor Boehmer is the PI on the widely-cited website Writers Make Worlds, an open educational resource for Black and Asian writing in Britain today. The website grew out of the Fell-funded Postcolonial Writers Make Worlds project (2016-18) which asked how our reading of British literature works as a dynamic medium through which new ways of thinking about Britain, and Britain in the world can be shaped.

Elleke Boehmer was the second Director of TORCH (The Oxford Research Centre in the Humanities), 2015-17, and PI on the Andrew W. Mellon-funded 'Humanities and Identities' project, 2017-18. She convenes with Professor Ankhi Mukherjee the internationally renowned Postcolonial Writing and Theory seminar which meets fortnightly in term.

Boehmer’s research explores issues of migration, identity, reception, nation, race and gender representation; and world literature and postcolonial debates, particularly relating to sub-Saharan Africa, South Asia and contemporary Britain. Postcolonial Poetics (2018), Boehmer’s sixth monograph, is a study of how we read postcolonial and world literatures today, and how the structures of that writing shape our reading. The book asks how postcolonial texts might offer ways not only of representing but of thinking through postcolonial identities.

Elleke Boehmer’s most recent fiction is The Shouting in the Dark (2015 and 2019), co-winner of the Olive Schreiner Prize for Prose, 2018. To the Volcano (2019) is her second book of short stories, commended for the Australian Review of Books Elizabeth Jolley Prize, and longlisted for the Edgehill Prize. For more on Elleke Boehmer's fiction please visit www.ellekeboehmer.com. 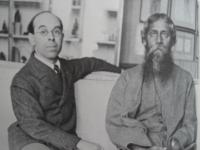 A mother-tongue speaker of Netherlands, Elleke is interested in comparative inter-relations between colonial, postcolonial and migrant writing in English and Dutch, as captured in The Postcolonial Low Countries, edited with Dr Sarah de Mul. In 2021 she will publish two essays on the ‘Dutch Conrad’ Louis Couperus, co-written with Dr Coen van ‘t Veer (Leiden).

Elleke Boehmer is the General Editor of the successful Series, Oxford Studies in Postcolonial Literatures (OUP). Series titles include: Postcolonial Poetry in English by Rajeev Patke (2006), and Postcolonial Life Writing by Gillian Whitlock (2016). East African Literatures by Russell West-Pavlov is the latest title in the series.

She teaches undergraduate and MSt courses on literatures of empire and nation, postcolonial literature, Australian, Indian and South African fiction and poetry in English. She was the founder convenor of the MSt in World Literatures in English in the English Faculty. 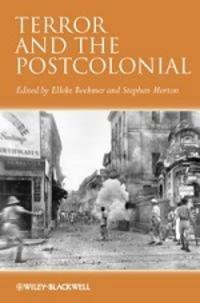 Elleke Boehmer has edited and co-edited collections of essays on transnationalism, the new South Africa (1990 and 2005), Indian postcolonialism, and on questions in postcolonial aesthetics. A collection of critical essays on Terror and the Postcolonial, co-edited with Dr Stephen Morton, appeared from Wiley-Blackwell in 2009.

Among Elleke Boehmer’s best-known publications is the internationally cited and widely translated Colonial and Postcolonial Literature: Migrant Metaphors (Oxford UP, 1995; 2nd edn 2005). She probably most enjoyed researching Empire, the National, and the Postcolonial, 1890-1920 (Oxford UP, 2002; paperback 2004) which investigates transnational links between anti-colonial movements, including between Ireland and India. She is currently preparing a second edition of her 2008 Nelson Mandela: A Very Short Introduction (OUP).

She edited the anthology Empire Writing, 1870-1918 and the British bestseller Scouting for Boys, Robert Baden-Powell's primer of the Scout movement (2004; pb 2005). A new edition of Scouting for Boys appeared from Oxford World’s Classics in September 2018.