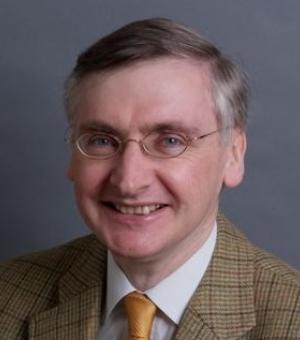 Prof McCabe is currently on a Major Leverhulme Fellowship (2011-14) to write a monograph on literary patronage in the Early Modern period. His research interests include Satire, rhetoric, Puritan literature, Spenser, Anglo-Irish studies and post-colonialism, Renaissance and Restoration drama. Currently working on Renaissance Tragedy and the English and Gaelic literature of Elizabethan and Jacobean Ireland.

I currently give lectures, classes or seminars on Spenser, Utopian Literature, and Renaissance Drama for both graduates and undergraduates, and supervise masters and doctors dissertations in the same areas.

My interest in Spenser began with an examination of the intellectual background to his epic verse published as The Pillars of Eternity: Time and Providence in The Faerie Queene (1987). That monograph also contained my first examination of Spenser and colonialism (pp. 39-47), a subject to which I returned in 'The Fate of Irena: Spenser and Political Violence', published in Spenser and Ireland: An Interdisciplinary Perspective , edited by Patricia Coughlan (1989), 109-125. This essay concentrates on Spenser's relationship with Lord Grey, but it was evident to me that more attention needed to be directed towards his attitudes towards Gaelic Society. In ‘Edmund Spenser: Poet of Exile', the British Academy Chatterton Lecture on Poetry for 1991, I therefore attempted to re-orientate Spenser Studies in this direction by making  a new case for seeing the whole of The Faerie Queene , not just Book V, as informed by Spenser's Irish experience. I also sought to establish the importance of Spenser's complex relationship to the Irish bards, explored the importance of Spenser's linguistic views to his concept of nationality and colonialism, illustrated his attitude to Irish surnames and topography, demonstrated the polemic uses to which he put etymology and (emergent) ethnography, and discussed some Gaelic responses to his work (see Proceedings of the British Academy, 80 (1993), 73-103).  I developed these ideas further with particular attention to linguistic issues at papers delivered at the International Spenser Conference at Yale in 1996 (published as ‘Translated States: Spenser and Linguistic Colonialism' in Edmund Spenser: Essays on Culture and Allegory , edited by Jennifer Klein Morrison and Matthew Greenfield (2000), pp. 67-88), and the MLA at San Francisco in 1998 (largely published as ‘Ireland: Policy, Poetics, and Parody' in The Cambridge Companion to Edmund Spenser, edited by Andrew Hadfield (2001), pp. 60-78). The award of a British Academy Readership (1999-2001) enabled me to consolidate and expand these studies into the monograph Spenser's Monstrous Regiment: Elizabethan Ireland and the Poetics of Difference (2002) which also incorporates the plenary lecture, '"Not one Parnassus": Spenser and the Rival Poets' delivered at the International Spenser Conference in Cambridge in 2001.

While working on Spenser and Ireland I also wrote a series of articles on other literary aspects of the canon and edited Edmund Spenser: The Shorter Poems (Penguin, 1999).