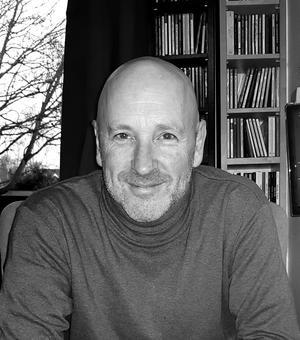 My recent work explores the unique kinds of life generated by dramatic, poetic, and fictional forms, and the opportunities this opens up for more philosophically adventurous and formally imaginative criticism. I try to think seriously about how the granular particularity of plays or poems might inform how we write about them; likewise, how a monadic understanding of literature and history (drawn in the first instance from Leibniz) can offer a new model for critical writing. I am very interested in the reverberations of what can seem merely local effects; for example, the repetitions and interplay between a minor key life or moment and ostensible world-historical movement. Most of my research has revolved in one way or another around the work of Shakespeare or, more recently, Spenser’s hallucinogenic Faerie Queene.

Demons Land is a multipronged project (film, criticism, play, memoir, paintings, sculptures, soundscapes) in which Spenser’s poem comes variously to life. The premise of the project is that The Faerie Queene - a deeply guilty as well as seductive poem - has been the seminal text of subsequent global history, coming differentially true again and again. Since its inaugural installation in the gardens and buildings of Stowe National Trust, the Demons Land film and/or exhibition has been shown at the Ashmolean, Swan Theatre Stratford-upon-Avon, Queen’s Theatre Belfast, UQ Museum Brisbane, Perth, Hobart, Sydney, Norwich, Old Fire Station Oxford, and New York CAA. The latest iteration of Demons Land is a collaboration with Australian indigenous artists, practitioners, and activists, exploring the unfinished encounter between black and white peoples. See http://www.demonsland.com. The film trailer can be seen here: https://vimeo.com/222839791. I am currently writing the book of the project, working title A Poem Come True, which interweaves intense readings of the poem with an archaeology of the Demons Land project. It is seeking a different kind of life-writing, understanding history as passion, grounded in the imaginative possession (for better or worse) of what we read.

“Macbeth, Macbeth” (revised edition, Boiler House, 2021) is a critical fiction I have written with my friend Ewan Fernie. At once a sequel, critique, and repetition of Shakespeare’s play, it was called by the philosopher Slavoj Zizek ‘a miracle, an instant classic… as close as one can come to a quantum physics literary criticism’.

In 2016 I devised and co-curated (with faculty colleague Emma Smith) the major Bodleian exhibition, Shakespeare’s Dead, the centrepiece of events marking the 400th anniversary of Shakespeare’s death. Emma and I wrote the accompanying catalogue Shakespeare’s Dead (Bodleian & Chicago, 2016).

I am a founding editor of the series Shakespeare Now!, Beyond Criticism, and BC Editions, and on the editorial board of Shakespeare Survey and Edinburgh Critical Studies in Shakespeare and Philosophy.

I tutor undergraduates in the period courses from 1550-1830 (plus Shakespeare); teach the MSt course *Life in Shakespeare and Spenser*; and various M.Litt and D.Phil students in areas where I have research expertise.