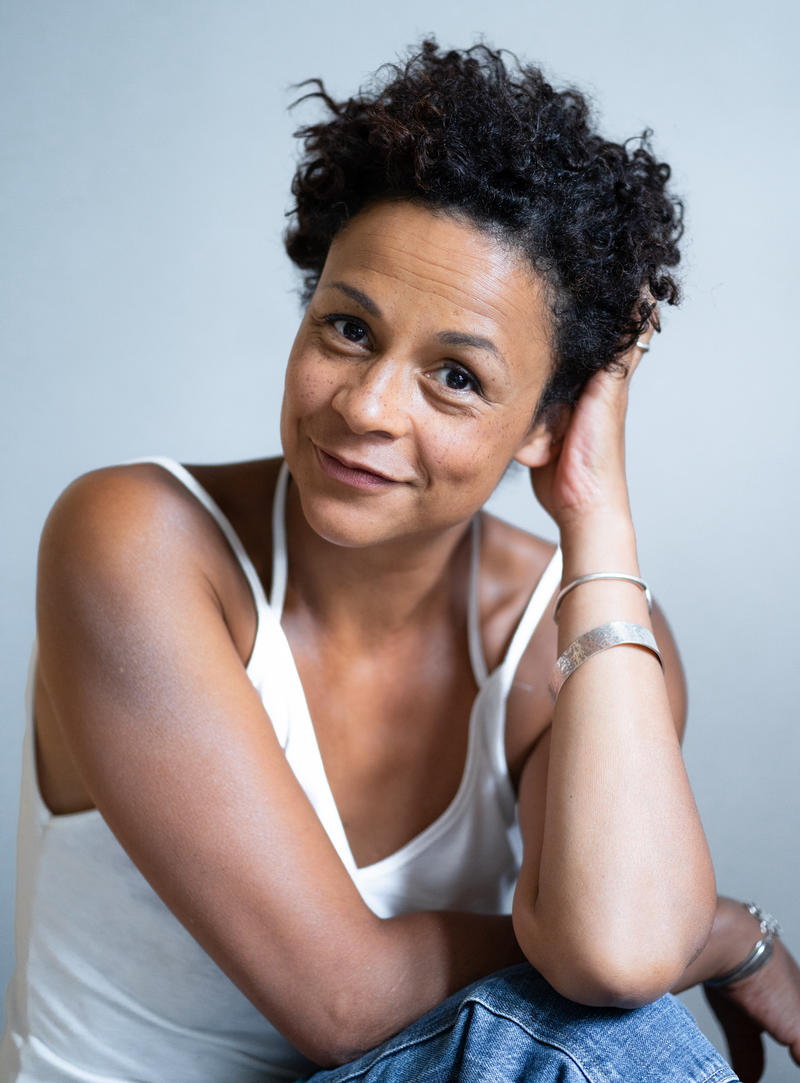 This profile was written by Ebonie Peters, a second-year English student at Lady Margaret Hall, in September 2021, following an interview with Sian Ejiwunmi-Le Berre. 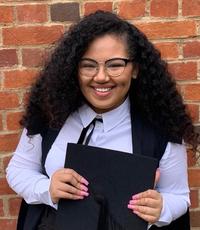 Emerging from Camden School for Girls in 1987, upon the advice of her teachers and family, Sian applied to read English Language and Literature at Magdalen College. Over the course of her Oxford studies, Sian continued to accrue experience as a musician, actress and writer, arts she had always had a passion for, being a published writer by the age of nine. During her degree, she featured in Ngozi Onwurah’s award-winning Welcome II the Terrordome (1995), as well as editing the books and scripts of her peers, a skill that would prove invaluable during her future role as a screenwriter.

But that is not to say that her career built neatly and naturally from her studies, before, at, or after Oxford. Rather, asked to summarise her career in the arts in a few words, Sian suggests the alliterative ‘series of snatched opportunities’ or, in more words, ‘a smash and grab career through several professions, supplemented by B-jobs, benefits and bar work.’

After graduation from Oxford, Sian continued to perform in feature films, TV series and stage productions, from Academy-Award nominated About a Boy, to soap-opera classic Eastenders, and Shakespeare in the Squares’ production of As You Like It. She also worked as a board member for the business-arts organisation Creative Block, which provided free or subsidised working spaces for underfunded and underrepresented artists, supporting groups such as the Theatre de Complicité and the Black Ensemble. And, because she loved music, but also because it was never clear what career direction might "pan out” at any one time, Sian began to build up a portfolio of lyrical and original musical composition under record label Universal Music. (Her material has been performed by artists like Rumer and Duffy.)

Beginning in 2002, Sian developed an innovative form of teaching oral and literary skills to primary-school children using physical and vocal methods from drama, and ran interventions for black boys at risk of exclusion. Building on that experience working with young people, Sian subsequently worked for the Learning and Skills Council and the Dance and Drama Awards on a widening participation scheme to support black and other underrepresented students to pursue an education in the creative arts and gain the skills they needed to succeed.

As well as appearing on-stage herself, Sian has also worked behind the scenes, serving as Staff Director at the National Theatre’s production of  Death of England, and as Assistant Director under Simon McBurney at the Theatre de Complicité’s The Happy Tragedy of Being Woke. And she continued to write, with her original screenplay Misplaced, a tale of trans-racial adoption, gained her a place in BBC’s Drama Room screenwriting development course. Alongside 20 other up-and-coming British writers, Sian attended a series of workshops and masterclasses to learn how to produce and pitch a script, and she signed to Curtis Brown. She then joined Channel Four’s selective drama writing course in 2019, where she continued to hone her writing abilities.

In 1998, Sian had studied for a Master’s in Eighteenth-Century Culture and Society at Queen Mary’s and Westfield (now Queen Mary University of London). Although ill-health prevented her from completing the degree, her love of the period remains. Sian is an active member of the Burney Society, and her deep knowledge of Fanny Burney’s life informed her radio play, developed for the BBC: When Fanny Met Germaine (2019). Told from the perspective of a Black servant, through letters, the play follows the friendship between Fanny Burney and Germaine de Stael. Sian’s subsequent adaptation of Dangerous Liaisons for BBC Radio 4 continued to explore the imaginative possibilities of the eighteenth-century epistolary form.

Currently, Sian is writing on the drama Nautilus, for Disney+, has several projects in development with Little Door Productions and Watford and Essex, and continues dramaturging for Theatre de Complicité.

Transcript of Sian talking about her book choices.docx

Transcript of Sian talking about her book choices.docx

Sian describes The Wanderer as a 'ruthless takedown of the British class system' by an author whose 'importance is hugely underrated'.

Sian recommends Wynne Jones as an 'extraordinary storyteller', and children's fiction to readers of all ages.

The Science of Storytelling: Why Stories Make Us Human by Will Storr (2019)

The Science of Storytelling: Why Stories Make Us Human by Will Storr (2019)

This is a book that digs into the 'neurological need to tell stories', which resonates particularly with Sian after the experience of welcoming audiences back to the theatre after the COVID lockdown.